On the morning of the fifth of August, a few days ago Jelle said: It is not busy in the street. Where is everybody? We live in a city, so we expect at least some people. But the streets were empty and no people were shopping.
Well, we just started our day and Jelle went to his office here.
Around coffeetime he came back and said: The fifth of August is a national day to celebrate a remarkable day in Croatia. It is called: Operation Storm to mark the end of the war with the Serbs.
(If I had known this bit of history, we had done the groceries the day before but all the shops were closed now and we had te eat in a creative way, you don’t want to guess what that means here…)

I had been talking with our friend about the war, while cooling down our bodies from the heat in the Drava. I told her that we had been visiting Vucovar a few days before. We were all very impressed and it was not a fun trip. The city Vucovar is close to the Serbian border, which you can see in this picture. Serbia is just across the river.  Vucovar has been totally destroyed during the war (1991-1995) and is finally rebuild, but there are still many destroyed houses and the wounds of the war are palpable.

When we go to a remembrance meeting in the Netherlands about the Second World War, we have a total different experience than what we faced here. It was as if we, outsiders pointed our nose in someone else’s open wound. The people in the street were looking at our Dutch car. It is not really a place for tourism. And we soon ended up heading away from the painful places. 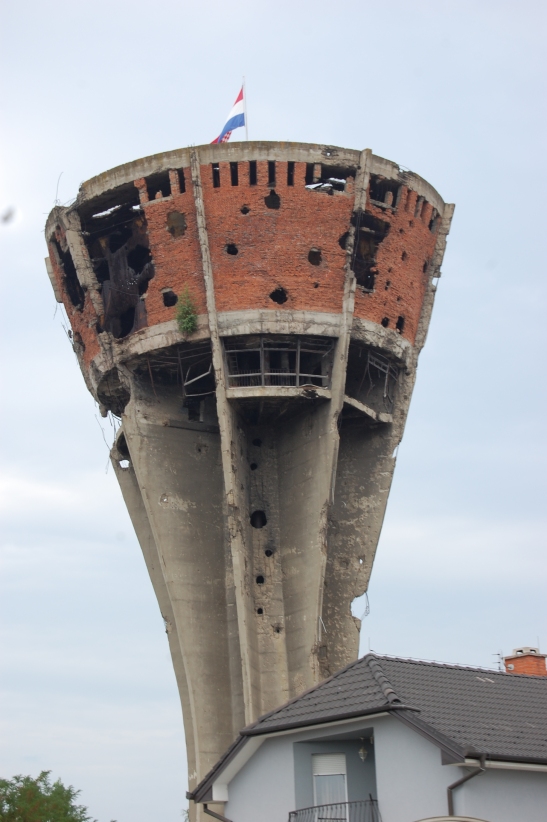 It is very sad to know how many people are hurt and nearly impossible to imagine. The Croats and the Serbs in the city of Vucovar, can still hardly live together. They are having their own shops and schools and live separate lives. While this has been totally different in the past.The beautiful buildings from the Hungarian time are mostly destroyed and replaced with more western straight forward functional houses. A different kind of beauty.
It made us very sad. It is good to get to know also little bits of this painful history. How much we feel outsiders. Never able to understand the pain and distrust what the people faced here. We can imagine that a nation that faced a war (or wars) like this need decades to get healed. May we get the wisdom and grace to understand.
If you want to know a bit more about the country we are preparing to live: here are two interesting links with tons of information.
Croatia (general): https://en.wikipedia.org/wiki/Croatia
About the 5th of august: https://en.wikipedia.org/wiki/Operation_Storm 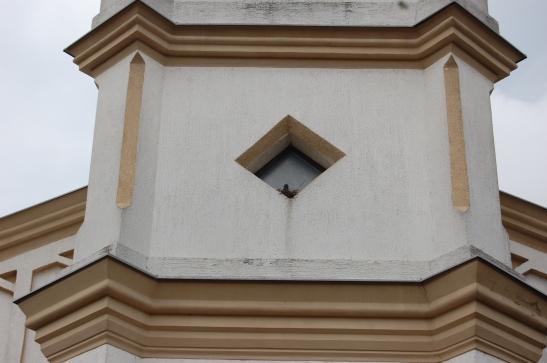 I don’t want to end this post with mysery. Because in the midst of all sadness are glimpses of hope. On our way home we stopped by a little church in the area and found a dove what had made his nest in this tiny churchtower. It showed us that life might not seem always stronger than dead, but it definitely is, when God is in the center.