At the beginning of this year, Jelle took me out for two days, while our kids where staying with a nice family here in the village who offered to take care of all our four lovely, but lively kids: Here they are: 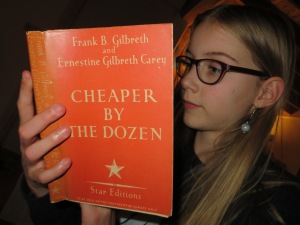 Sinterklaaskadootje: Star edition… only to be sold in Europe… that made us smiling. Marijke says: “a must read, definitely.” 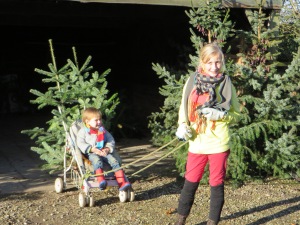 Dragging Christmas trees from the back yard. 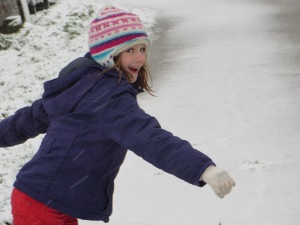 “Yes, I know, not a lot of snow, but still having fun!”
Jelle and I started in Leuven, we walked through the old city, visited some churches, as we always do. Wandering around, and just enjoying being together we came toyet  another church and we could see some pictures of the life of Pater Damiaan (Saint Damien of Molokaʻ, the “Apostle of the Lepers”) who was a young man who choose to live as a missionary in the mid-nineteenth century. And thas was quite something else than nowadays.
He wrote to his parents in 1858:

I don’t think that I have to explain that it moved us to see that this church came unexpectedly ‘on our way’ and we were encouraged by the faith and grace and trust that this man showed to live out what he believed.
And what he was called to do was quite something: A group of 2000 lepers were forced to live at a distance island in Hawaii. Pater Damiaan decided to live and minister among them. Not knowing, only guessing how his life would end. And it ended in the expected way. After 16 years he also died of the same illness his people had died from. Death is not the end, but just a new beginning and that perspective helped him to face the hardship and pain.
Many people wrote about him, got inspired or made a hero of him.  I don’t feel any need to add to that, but it was definitely a rich example of Incarnational Mission. And that is exactly what gave an extra flavour to our little trip. It brought Jelle and me closer to what we are up to and believe that we are called into. It reminded me of a sermon which we heard during Christmas, about the words “For you know the grace of our Lord Jesus Christ, that though he was rich, yet for your sake he became poor, so that you by his poverty might become rich.” (2 Cor. 8:9)

http://www.youtube.com/watch?v=ohzNG3Z6Chw
From heaven you came helpless babe
Entered our world, your glory veiled
Not to be served but to serve
And give Your life that we might live
This is our God, The Servant King
He calls us now to follow Him
To bring our lives as a daily offering
Of worship to The Servant King
There in the garden of tears
My heavy load he chose to bear
His heart with sorrow was torn
‘Yet not My will but Yours,’ He said
Come see His hands and His feet
The scars that speak of sacrifice
Hands that flung stars into space
To cruel nails surrendered
So let us learn how to serve
And in our lives enthrone Him
Each other’s needs to prefer
For it is Christ we’re serving